Check Out The Inspirational, Lift You Up, Site That Has an Interview About My Prison Books

Posted on March 17, 2013 by lockdownpublishing

Check Out This Inspirational Site That Has an Interview of Glenn Langohr and His Prison Books http://liftyouup.blogspot.com/2013/03/guest-author-interview-with-glenn.html 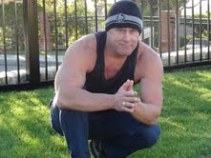 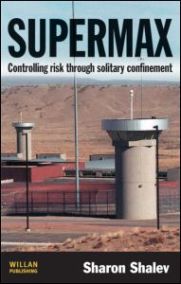 About the Author
Glenn Langohr has a purpose: he writes to shine a light inside our prison systems and to help others turn their lives around. Before becoming a best selling author, Glenn Langohr ran away from a broken home and entered the drug war with abandon. Business with the Mexican Mafia and Hell’s Angels became a way of life until the Criminal Justice system interrupted him. In prison he was involved in riots and spent years in the hole. From solitary confinement he started writing and hasn’t stopped since. Now, he is an usher at his church, speaks as a guest Lecturer at colleges and writes articles for newspapers. “I want to show the world and the students and leaders of tomorrow, that we are only building bigger criminals by locking up low level offenders. In prison, an addiction is bred into an affliction much harder to escape.” Help him show the world redemption is possible, buy and share his books.
The author will gift his books FREE from the Kindle store to those who can’t afford it. Glenn Langohr 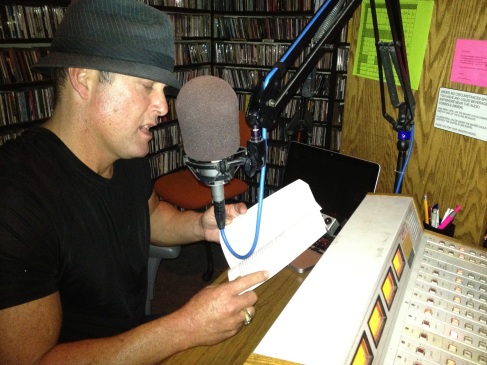 rollcallthebook@gmail.com  http://www.lockdownpubishing.com
To purchase Glenn’s books in print, kindle or audio in the UK http://www.amazon.co.uk/-/e/B00571NY5A
In the US http://www.amazon.com/-/e/B00571NY5A
To contact Glenn on facebook~https://www.facebook.com/glennlangohrcalifornia
To contact Glenn on Linkedin ~ http://linkd.in/ZH8lc7 Glenn’s audio books for a free sample on Amazon~ http://amzn.to/ZlqAS
HERE THE INTERVIEW
When did you begin to write?

I started writing in prison on an 11-year sentence for drug charges in California.
When did you first discover that you were a writer?

After I read a book a day for a couple of years, the idea hit me that I should start writing.
How much did you write before you were published?

I wrote for seven years on my first novel, Roll Call, and published it when I got released from prison. Here’s the first couple lines of a review from Kirkus Discoveries Nielson Media~ “A harrowing, down-and-dirty depiction–sometimes reminiscent of Steven Soderbergh’s Traffic–of America’s war on drugs, by former dealer and California artist Langohr. Locked up for a decade on drugs charges and immersed in both philosophical tomes and modern pulp thrillers, Langohr penned Roll Call. A vivid, clamorous account of the war on drugs.”
My next book, Upon Release is the sequel to Roll Call. My wife’s father is a prolific writer from American Media and he reviewed both books and told me to focus on the prison scenes. So I wrote a series called ( Prison Killers ), which follows in this order: Race Riot, Lock Up Diaries, Gladiator, Underdog,  and then Prison Riot. Underdog is my top rated story so far and is about the hunger strike the inmates started at Pelican Bay prison in response to solitary confinement. I have been on the radio and spoke at Universities about it.
What is your favorite part of writing?

Seeing the story take form. I don’t outline my story too much before hand. I have a tiny vision that comes alive through my characters, but when the story deepens, I get excited.
Tell us about your latest release. My latest release couldn’t be further from the prison stories; it’s a prayer book. I’m going through a tough season with my wife and we’re separated. Though I am a practicing Christian who studies the Bible and goes to church, I didn’t have the words to pray! Prayer had never been a problem before, but in this case, the words, or my faith, were missing. So I researched prayer and God blessed me with the words and the faith.
Wow! This book sounds really good. Are you planning on writing more in the years to come?

Yes. I write for eight to ten hours a day and narrate my own books for four hours a day. Narrating my own books into audio to listen to like a movie is helping my writing.
So far what is your worst criticism/attacks, and how have you overcome it?

My first novel Roll Call is to long at 700 pages and Kirkus Discoveries Nielson Media also called it, “Baggy in places.” I took that to mean that my writing needed to be sharpened and more concise. I work on that by having professional writers critique each book before I rewrite it into the final version.
What is the accomplishment that you are most proud of?

I published Underdog one day after Christian Gomez died during a peaceful hunger strike in prison to resist the cruelty of solitary confinement in America. Professor Reiter who teaches about prison conditions and Criminal Justice at the University of California Irvine found my books and read them all. She contacted me and asked if I would speak as a guest Lecturer to 100 of her students. I had it videoed and put it on YouTube. It’s rather long so here’s a 2 minute video of me speaking about solitary confinement~ http://www.youtube.com/watch?v=oNS3jazcM5g
What does your writing process look like?

I set the scene to start the book with a visual feel to it so it’s like a movie. Then the characters start to come to life. In my prison books the characters have tattoos that represent where they’re from and almost all of them have a unique culture. In prison life there is a mix of poverty, gang life and a racial disparity that makes for great stories. Once I see the story more clearly I pace back and forth in between writing sessions that start at as early as 4 in the morning and end right before bedtime.
How did you get published?

The title of each book is very important for many reasons. You want it to tell the story and sell the story. The title also has keyword power for searches.
Can you enlighten us a little more about your books?

All of my prison and drug war books are considered “True Crime” but I also paint the “True colors of life” on a fictional landscape by changing some of the characters names in some cases. They all have an underlying redemptive theme. They are all an accurate portrayal of survival in a dangerous, gang producing iron jungle of prison life. I write to show the world that the Criminal Justice system in America is broken. I write to bring awareness to how hypocritical the people in power that create the laws are. We have lost sight of what it means to “be a criminal.” Now in the medical world we look at drug addiction as a disease like alcoholism. Yet 70% of those incarcerated in prison are there for drug related crimes.
Tell us your guiding principle that governs your life?

I believe in the Bible and Jesus Christ is my Lord and Savior. I am working on my faith daily. The more I search for spiritual eyes, the more I see how fragile I am.
How have you cultivated these values?

I read the Bible a lot. I go to Calvary Church and the worship music is the purest feeling this side of heaven. There isn’t any sin or human tendencies that gets in the way of interpreting the Bible when you sing to the Lord. I use this as a joke but it is true, when I got out of prison I heard during a sermon from our Pastor that singing praises to God makes you look more beautiful by raising the cheekbones. I can use this help.
Do you have any advice for writers looking to get published?

Read the “Publishing Guide For Dummies” That is a great book that will help you decide how you want to publish. As for the writing, you have to write all day long. Study the genres you write in almost as much as you write. Writing isn’t a get rich scheme. Some do, most don’t. You can make a living at it but I wouldn’t quit your day job in the beginning.
Where can we find your books?To purchase Glenn’s books in print, kindle or audio in the UK http://www.amazon.co.uk/-/e/B00571NY5A
In the US http://www.amazon.com/-/e/B00571NY5A
Glenn’s audio books for a free sample on Amazon~ http://amzn.to/ZlqAS
Where can we find you on the internet?
http://www.audiobookprisonstories.com
http://www.lockdownpubishing.com
To contact Glenn on facebook~ https://www.facebook.com/glennlangohrcalifornia
To contact Glenn on Linkedin ~ http://linkd.in/ZH8lc7
Email rollcallthebook@gmail.com 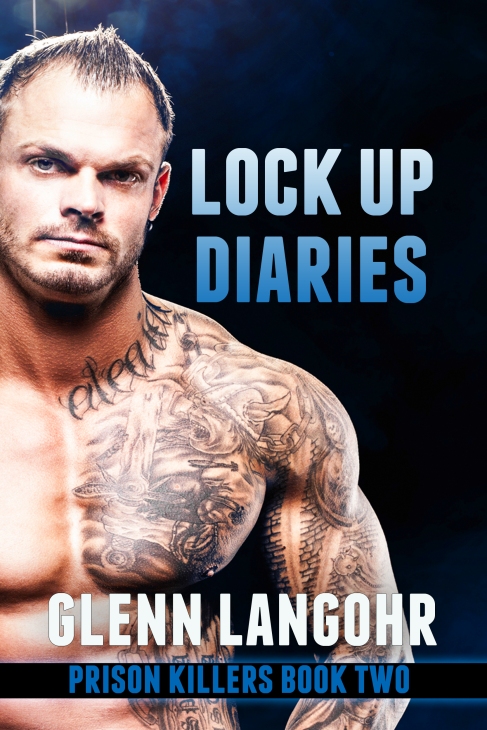 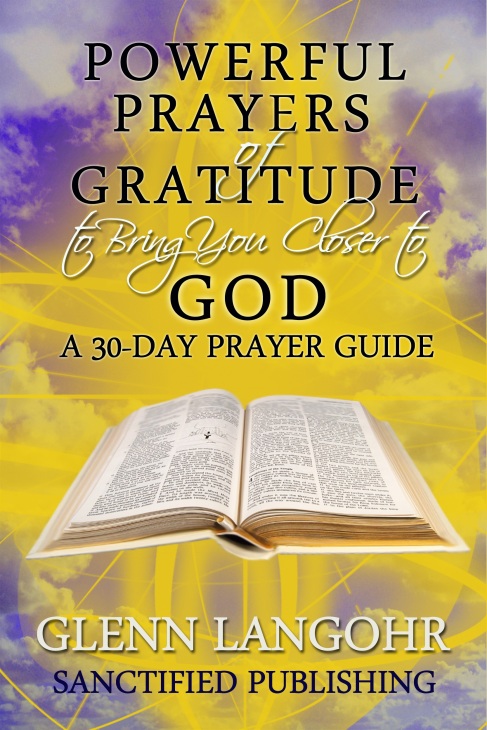 Glenn Langohr resides in southern California where he spends his time doing what he loves best, reading and writing. He started writing from prison on drug charges and hasn't stopped since. He is an usher at his church and loves to reach out to other prisoners to help them turn their lives around. Glenn is married to his dream girl, Sanette, who plays Annette in one of his novels. The author will gift his books FREE from the Kindle store to those who can't afford it... Glenn Langohr rollcallthebook@gmail.com lockdownpubishing.com
View all posts by lockdownpublishing →
This entry was posted in Uncategorized and tagged audio books, best prison books, book promotion, book review, Criminal Justice Reform, criminal justice system, glenn langohr, Jesus, kindle books, Life In America, Prisons and Prisoners. Bookmark the permalink.