Why Did Glenn Langohr Write His Book Race Riot, A Shocking, Inside Look at Prison Life (Prison Killers – Book 1)

Posted on February 7, 2013 by lockdownpublishing

about his book: I wrote Race Riot to show the world that by sending people to prison for being addicted to drugs, we are breeding bigger criminals where gangs and violence are the calling cards. In prison a drug addict is bred into a displaced human being once released. While in prison, it gets politically racial and everything is solved with violence and gangs are bred. Race Riots over things like drug debts, alcohol, disrespect and any trivial reason are regular things. In Race Riots, BJ, a young convicted drug dealer struggles to survive a race war between the Black and White inmates.

• “A raw, breathless descent through the inner circle of the California Penal Hell. Fraught with detail that only someone who’s been there could know.” — TV Producer Phillip Doran

Infamous convicts like Gary Gilmore, Jack Henry Abbott, and Charles Manson would agree with the rough-and-ready story that is this book. Glenn Langohr’s “Race Riot” ranks right up there with the best in nonfiction prison literature available today.

All of Glenn Langohr’s drug war and prison books are available in print, kindle and audio book to listen to a free sample here- http://www.amazon.com/-/e/B00571NY5A 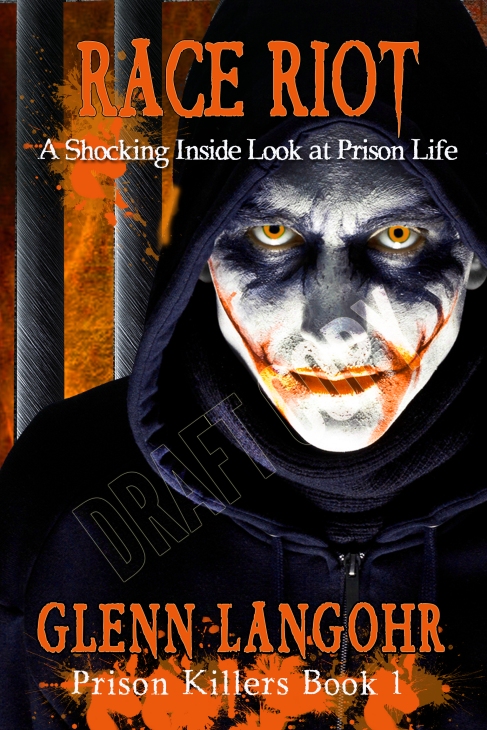 Glenn Langohr resides in southern California where he spends his time doing what he loves best, reading and writing. He started writing from prison on drug charges and hasn't stopped since. Glenn only writes about GOD'S Word by measuring Scripture with Scripture. He is a Disciple of Jesus/Evangelist/Prophecy Watchman/Author of over 77 books~LOVE IS AN ACTION The author will gift his books FREE from the Kindle store to those who can't afford it... Glenn Langohr rollcallthebook@gmail.com lockdownpubishing.com
View all posts by lockdownpublishing →
This entry was posted in Amazon Books, Amazon Kindle, Audio Books, Drug War and Prisons, Solitary Confinement and tagged Addiction and Recovery, Book, book promotion, California News, Crime Thriller, Detective Thriller, drug war, Inspirational Thriller, Life In America, Mafia and Gangs, Police Procedural, Prison Life Memoir, Self Help, True Crime, True Life. Bookmark the permalink.